Of course I can't stop at just playing around with snake images. So I've been seeing if I can make a snake motif that says 'Snake' and also is graceful as a design.

I doubt anyone would want to eat a meal on a snake plate unless you're a zookeeper, or have a pet snake or study snakes for a living.


These are little thumbnails done with a felt pen within pre-drawn circles. So they are pretty rough, just notes and not intended for a finished piece.

In the process, it occurred to me to think about the encapsulation of the snakes in irregular fields. I like the idea, but overall the snakes are too small for the circle area.

So. Here's the question:  Would you want to have a set of snake plates?  Would you display them in your house? Would you ever make them?  Do you know anyone who has made them or has plates like this?
Posted by Clay and Fiber Artist at 3:00 PM No comments:

Playing Around with Design

Even though I don't have a studio right now, I never stop thinking and studying ceramics.

Some time ago, I made small templates of basic forms: Round and square plates. The forms are small enough to dash off a sketch or toy around with a design and variation. I can run off a copy on my printer and expand the idea or upload it into my computer. 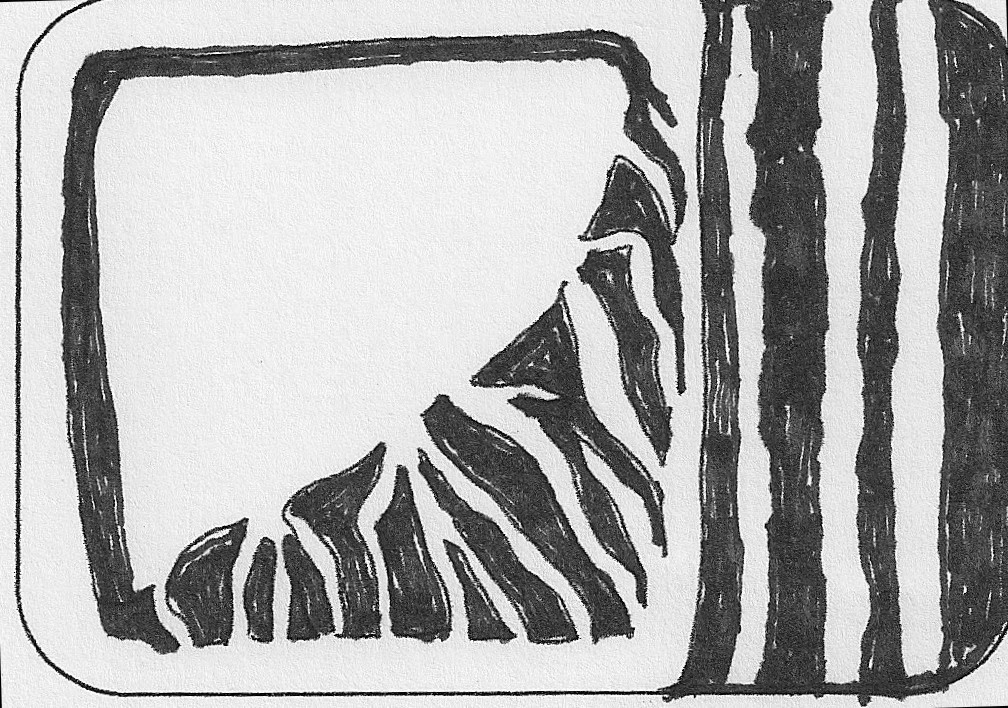 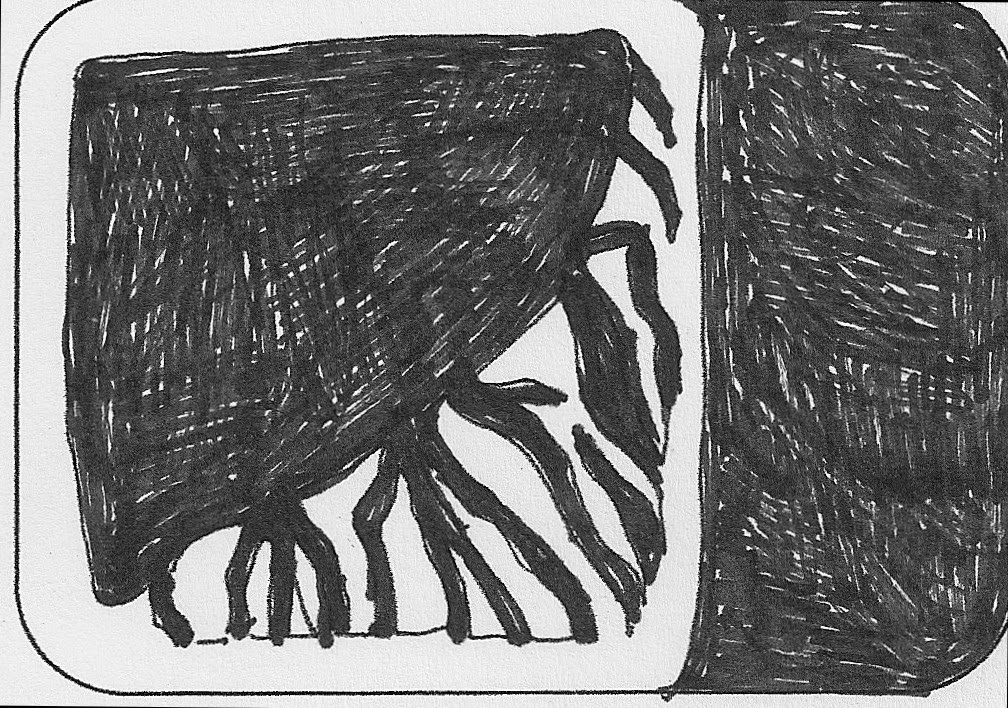 The first one is a bit busy on the right side. And I would remove the small connecting lines at the bottom of the branch like figures.

All in all, I think this would make a good wax resist platter. It would be interesting to try this in scraffito too.

Here's a positive and negative of the same drawing.  (The darker snake is the original drawing.)  Although the snake image is about the same, the second image seems more of a 'fat snake'. 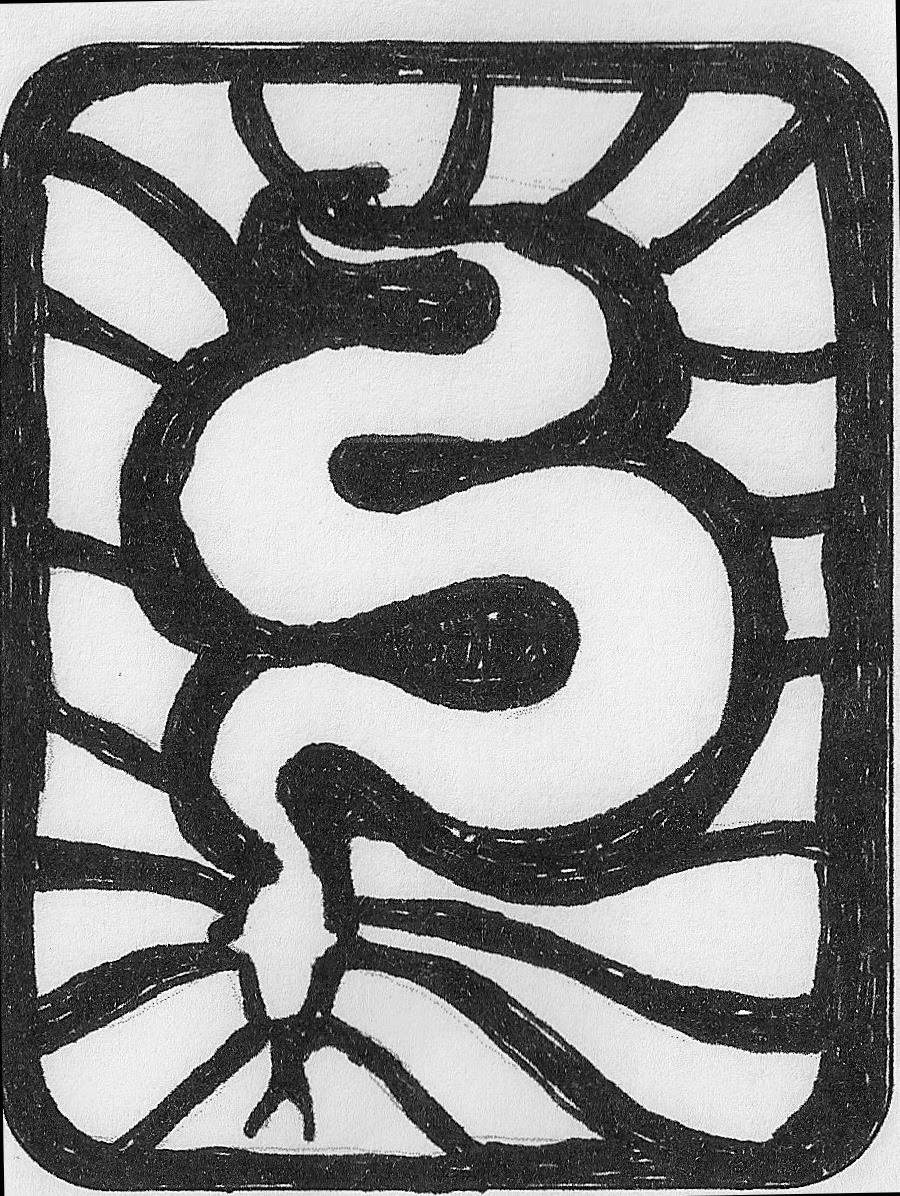 A lot of people do not like snakes. I'm not crazy about them, but I find their image fascinating.

Maybe no one would want to eat an hors d'oeurvres off a plate like this. 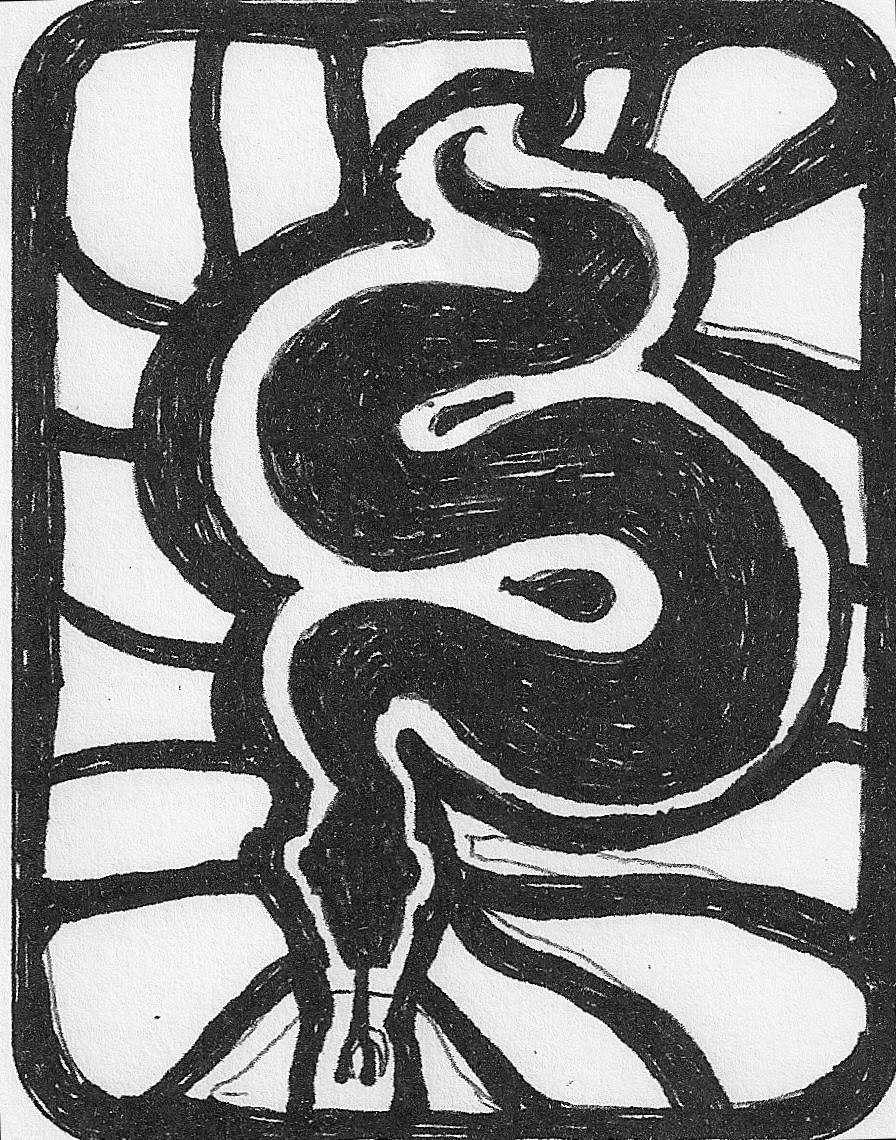 Labels: 2-dimentional work, aesthetics, Computer design, creative work, design, drawing, Graphics, negative space, Plates and Platters, slabwork
Newer Posts Older Posts Home
Subscribe to: Posts (Atom)
All images displayed in this blog are included in the interest of sharing aesthetic appreciation and are solely used for the exploration of creative thought and work. There is no intent to profit or exploit other artist's work.
Whenever possible, attribution will be noted. However such inclusions are not always possible.
I also sometimes write about needlearts & fibers
Check it out on www.fiberneedle&thread.blogspot.com